Watch “Homeroom” You will be Shocked Be Shocked

When you have been treated so poorly by the people meant to protect you, you just give up. Did you get a chill reading this? This is a part of daily life of people of some races, just because they have more melanin in their skin. Terrifying, isn’t it? And this is exactly what happened to George Floyd, who was brutally murdered by police personnel in broad daylight. All this was portrayed on screen in the form of a movie “Homeroom”.

If you are interested in watching documentaries then I have “Val” as a option for you if you love the Batman character Bruce Wayne.

What is the Homeroom Movie About?

Funds of about 6 million dollars allocated for the educational expenses of 36 thousand students were laundered to the youth outreach unit comprising the Oakland police department personnel. When confronted with the question if one should keep assumptions about someone? The officer shunned the question of a student.

This has brought fear in the mind of the students for law enforcement. The reality is that Prejudice still exists. This led them to raise voices and organising a rally on the school campus.

The covid-19 pandemic became the reason for the fall of their protest, but as they said, ‘coronavirus is different when you want to go and do things that cause the consciousness of the viewer to think of the deep implication and jeopardy, the families of black and brown, go through.

The movie raises some serious issues of the black struggle, the struggle that has been going on for years. Under the ignorance of bureaucrats and high classes, it has flourished more. Price of which George Floyd had to pay. The documentary has captured the plight of each student with full sincerity that it won’t take more than a second for you to resonate with them.

The narration of their pasts to the feelings they harboured, which led to their reform revolt. All of it is so heartbreaking that you will surely shed a tear or two. 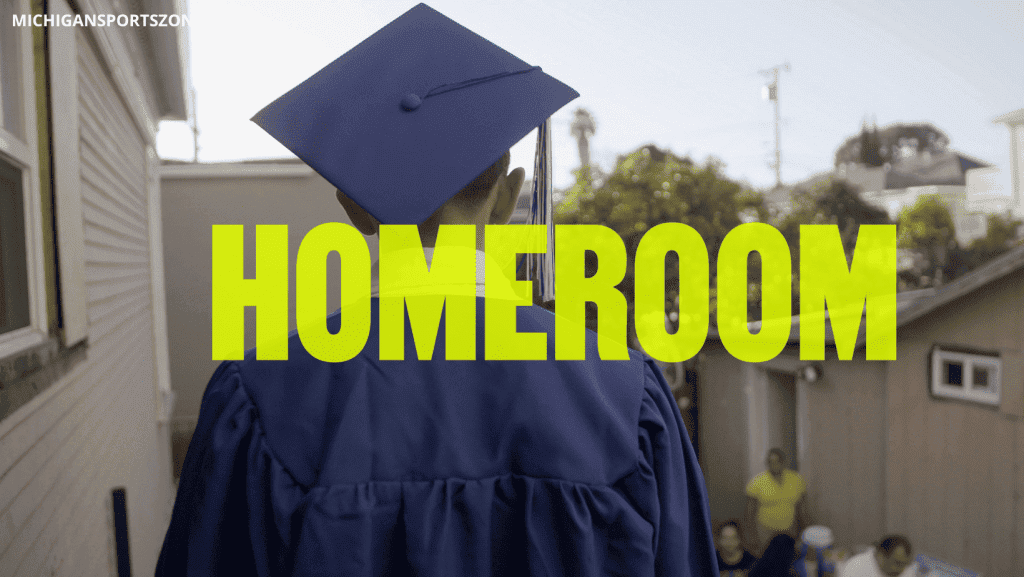 2. Youth are our future

When the youth represents some issue, it matters because they are our future, and thus there is no greater power than the power of our youth. The Burden of the future of the human race falls onto the shoulders of this generation. And all around the world, these young lads have stood up to take ownership; everyone has to realize that a change is not too far. It’s also a tale to inspire new world leaders.

The movie also raises the million-dollar concerns of students about the pandemic and loss of a sense of connection and comradery. They feel sad knowing that their graduation is going to happen virtually and they won’t be able to meet people physically.

With learning not being expressive anymore and staring at the screen for hours at once while attending a class, the movie does raise an argument in favor of humanity. All of us have yearned for social contact during this pandemic. The Movie is especially worth watching for this generation.

The movie captures a student’s 1st-year college life, full of chaos and building bonds, and personality development that aptly happens. We all individually explore our personalities in this time of our life. The struggle of students to just feel like kids again. The hallway and canteen that once used to buzz with laughter are now silent, with global pandemics and revolution on the way.

Where to Watch Homeroom?

The film was released by Hulu on August 12,2021. And in just a few days, it got 90 percent recommendation and praise over Rotten Tomatoes. Alongside some of the great reviews applauding the choice of concept ( impact of covid and black lives matter), the directing style and portraying resilient youth in unprecedented circumstances is inspiring.

Cinema builds the generation we live in, as nothing can inspire more than art. When you see gestures of a role pointing towards a larger idea about history and society.

Directed by Peter Nicks, a continuation of the Oakland trilogy ( following The Waiting room and The Force). Produced by Sean havey. Movie with a running time of 90 mins, get ready to have a virtual experience of being a student at Oakland high school in the most darn of time possible.

Music and cinematography by Mike Tuccillo and Sean Havey, respectively, is what makes the viewer live it all with heartfelt attachment for the cause and the teenage crew.

I am sure you will notice tears running down your cheeks while watching this documentary, as the documentary has the power to make you not only sympathise but also empathise with what happened. If you are looking for more movies and series that might steal your heart, you should explore our website. Don’t Wait just go!!

MichiganSportsZone Teamhttps://www.michigansportszone.com
MichigansportsZone.com provides you with the latest entertainment blogs, technology, top news, and sometimes sports news, and other latest news. With the increase in technology, all want relevant and exact information about the blog. So, our aim is to provide clear-cut information about the articles to make your day happy and bind more and more users to the side of all topics covered in entertainment.
Previous articleZombies are hot and so is Black Summer Season 2
Next articleThe Villain We Love to Hate: Black Adam