Tomb Raider 2 is making cautious progress despite being postponed indefinitely from its initially scheduled release date of March 2021, according to the developer.

A year after the initial announcement, it was reported that Misha Green, the showrunner of Lovecraft Country, will take up the directing duties from Ben Wheatley. Green is also penning the sequel, taking over for Amy Jump, who was previously working on the Wheatley film. 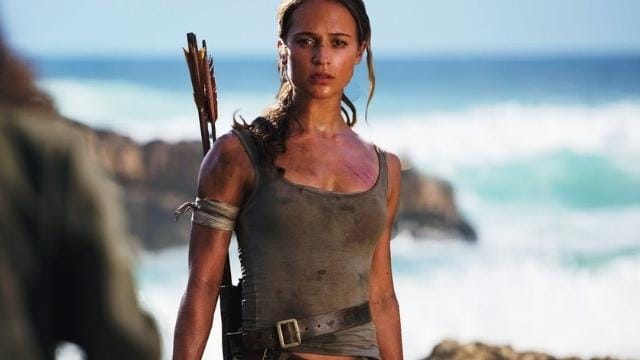 During a press conference in May 2021, Green confirmed that she had completed the first draught of the sequel, which would be titled Tomb Raider: Obsidian. She went on to say that the title hasn’t even been authorised yet, so we’ll have to wait and see whether that ends up being the actual title when the movie is released.

For now, here’s all you need to know about Tomb Raider 2 while we wait for the big day.

To Find out who will be Returning for Tomb Raider 2, Check out the Cast List Below

Alicia Vikander will undoubtedly reprise her role as Lara Croft, although it is less certain who will reprise their roles in the other roles. If the sequel follows up on the events of the first film (more on that in a moment), we may anticipate Kristin Scott Thomas to reprise her role as Ana Miller.

After sacrificing himself to save his daughter, Dominic West is unlikely to reprise his role as Lara’s father Lord Richard Croft, while the villain Mathias Vogel (Walton Goggins) also died in the first film.

Perhaps Daniel Wu will reprise his role as Lu Ren, the ship captain who assisted Lara in tracking down her father and escaping from Yamatai.

If Alicia Vikander had her way, we could also get to watch Angelina Jolie make a meta cameo appearance: “That’s fine with me! We’ll see… we should definitely ask Angelina. I admire her, so we’ll see…”

What is the Plot of Tomb Raider 2 Going to be?

With any luck, the conflict with Trinity will be continued in the sequel. It’s revealed at the conclusion of the first film that Trinity was linked to Croft Holdings through the parent firm Patna.

Upon learning that the head of Patna is the father’s business partner, Lara is horrified to discover that she collaborated with Vogel and Trinity in an attempt to spread the deadly virus.

Lara purchases the twin guns that we are all familiar with from the video games in the film’s closing credits scene.

She is now prepared and determined to continue the struggle against Trinity, and it is probable that this will be the case in the film’s sequel, as well. However, there is also the potential that the second film may follow an entirely different plot line, replete with new tombs, and will be completely apart from the previous film. We’ll have to wait and see what happens.

When will the Sequel to Tomb Raider be Released? 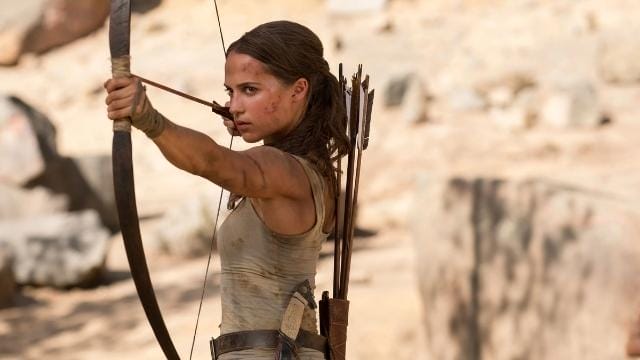 The phrase “slowly working its way towards theatres” is an understatement, and you should be aware of it. Warner Bros. and MGM initially scheduled “Tomb Raider 2” for released in March 2021, with indie director Ben Wheatley at the helm (via Deadline). The sequel was officially announced back in 2019.

We all remember what occurred last year, don’t we? That film was also scheduled to shoot in the spring of 2020, but who can forget what happened last year? It was reported by Deadline that the development delay ultimately resulted in Wheatley withdrawing from the project, prompting producers to push the release date for “Tomb Raider 2” back indefinitely.

As of this writing, there is still no official release date for “Tomb Raider 2.” But there is some good news in that Deadline piece, as it reports that Misha Green, the mind behind “Lovecraft Country” and “Underground,” has taken over as director of the project, which has been vacant since its production began.

Even though the film has not yet been filmed, we should all be quite interested to see what Green brings to the story of brave archaeological hero Lara Croft in the coming months. Make sure to come back for details on the revised release date for “Tomb Raider 2,” which will be announced soon.

With any luck, the conflict with Trinity will be continued in the sequel. It’s revealed at the conclusion of the first film that Trinity was linked to Croft Holdings through the parent firm Patna. The phrase “slowly working its way towards theatres” is an understatement, and you should be aware of it. Warner Bros. and MGM initially scheduled “Tomb Raider 2” for released in March 2021

Read More: Do You Want to Know the Release Date of Sex Lives of College Girls Season 2?

Mariam Caryhttps://michigansportszone.com
Mariam Cary writes stories about the past and romances set in the past. She has also been writing for a long time about the lives and wealth of famous people and shows. She travels a lot and goes to many different places.
Previous articleAshton Meem Net Worth 2022: How Old is Ashton Meem?
Next articleBreeders Season 3: All Information Regarding Cast, Plot and Released Date

'Physical' Season 2 Release Date: Physical is a comedy and drama television show from the United States. It has gotten a lot of positive...

Even though Netflix has previously announced that there will be a Korean version of the iconic crime thriller series Money Heist (Spanish: La Casa...