You love drams, Don’t you? Who doesn’t? Dramas that are based on real-life depictions are just like icing on an already too good to be true cake. Have you ever wondered what the lives of people with jobs related to public services would be? Do you wanna take a look into the lives of people working in public services, the stress, and how do they manage all this alongside their families. Presenting to you the Chicago Franchise, “Chicago Med”, which gives us a brief overview of three public services, namely the fire dept, police dept.

As of May last week, 491 episodes have been released by NBC of this franchise with no signs of stoppages. The Chicago franchise is the effort of three genius minds, namely Derek Hass, Michael Brandt, and Dick Wolf.

The shows started in 2015, and each department’s show has more than 6 seasons under the belt. 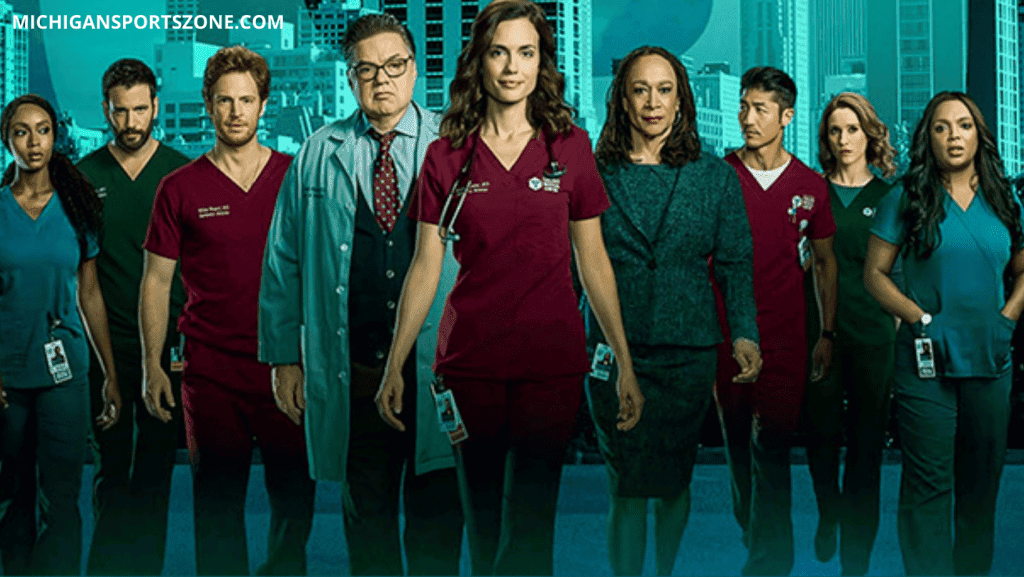 What is it all about?

The franchise deals with the professional sphere and the private lives of the three main arteries of any city. Without those departments in place, big cities like Chicago would turn into an overnight graveyard. The franchise, in a way, is teaching us to respect these people who are working 24×7 for us.

The unifying theme between the 3 department shows is a bar, Molly’s, owned by three firefighters. Usually, at the end of every season, you would find the shows’ characters sitting at Molly’s. It’s like a great ending note to each show while also keeping them interconnected.

What are the views about the series?

The audience has given a big thumbs up to all the shows. The shows have a viewership strength of 7 million viewers. Therefore, NBC has released too many seasons of the show but also kept it interesting throughout the seasons and shows. The IMDb ratings for the shows are also quite good, around 7-8 stars for each show.

What Chicago Med is about?

Let’s talk about Chicago Med; people just love medical dramas. And there’s no reason not to. Medical dramas teach us quite a lot but also give us a brief look into the busy schedule of a health professional.

You would get to know them, and these shows usually help in developing a good rapport with your Family Physician. Because you know how much they work hard, and you respect them for the treatment you are getting.

Chicago Med has received a solid 7.6/10 IMDb with over 17k reviews. It has 6 seasons and 121 episodes as of now. S7 has already been announced and is to premiere on September 22 this year. You can watch it on Netflix or on your TVs tuning into NBC during show timings.

I really love the way with each season you get to know them better. I really love that part when the medical professionals are held hostage, and it gave us a brief insight on what to do in such dangerous situations. This hostage episode is one of the most top-rated episodes on IMDb, around 8.9/10.

Medical Dramas, however accurate they might be, there would be cinematization to some extent. You can’t obviously treat yourself from the knowledge you get from these shows. It’s never reliable. Undoubtedly, Chicago Med also loses marks for accuracy. Although Grey’s Anatomy being one of the most popular medical dramas out there, Chicago Med is way more accurate than Grey’s Anatomy, a bit behind The Scrubs and The Good Doctor in particular.

If you want to enjoy a good show with real-life drama Chicago franchise gives you one of the best shows to watch Chicago Med particularly. I guess every drama fan should check it out once.

Do write down your thoughts about the show or any recommendations in the comments. It means a lot to us and keeps us motivated to keep writing amazing articles for you.

MichiganSportsZone Teamhttps://www.michigansportszone.com
MichigansportsZone.com provides you with the latest entertainment blogs, technology, top news, and sometimes sports news, and other latest news. With the increase in technology, all want relevant and exact information about the blog. So, our aim is to provide clear-cut information about the articles to make your day happy and bind more and more users to the side of all topics covered in entertainment.
Previous articleYour Wait for Monsters at Work Comes to an End Now
Next articleInteresting Things to Know About Virgin River